The iOS version of the SwingTradeBot app is now available in the App Store.  As I mentioned last week when the Android app was released:

For now, it's a pretty stripped-down version of the website. I wanted to get something functional out relatively quickly in order to get feedback. I hope to release the iOS version of the app later this week. then I'll get back to building out features. With this initial version you can:

After the iOS app has been released I'll be working on adding:

Please let me know any feedback you have, positive or negative.   I also want to know what features people want on the app. The apps will probably never be as feature complete as the site-- some things are still better done on a full-blown computer with a large display! And the site will continue to be mobile friendly. 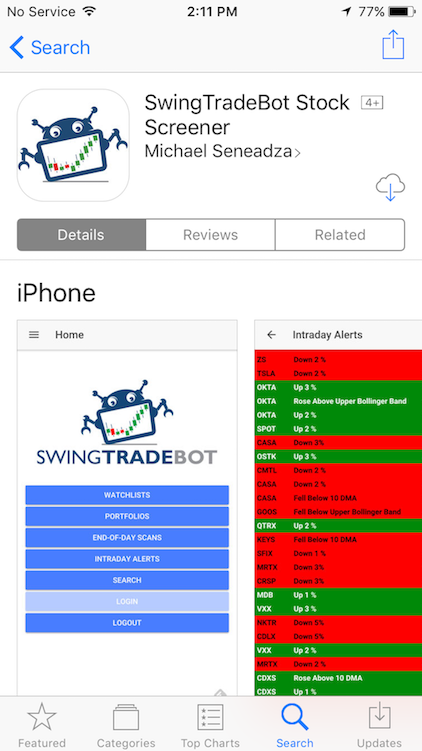